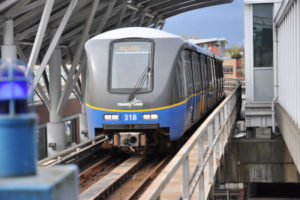 Last Train to the New Land

Final moments are usually met with sadness, shock, or denial. I?m part of that last group.

I?m headed away from the beginning of the end. Waiting for the last train to make its final stop at this platform to pick up its last passengers. I tap my pocket to be sure my coin is still there. My concern isn?t for the end of the only way of life I?ve known or what lies ahead of me. Right now I only have two prayers: they still need farmers in the new land; and the train won?t run out of fuel before we get there.

Standing here in this gate, crowded together with hundreds of other people hoping their number will be called, I wonder how we got here. I guess I know the answer to that question, but I never believed it would really happen. I can hear the whispers of the crowd around me. Everyone is busy asking everyone else what their skill is. That?s how the new world operates: everyone has been broken down by skill set.

The trains have been running for two years. At first, they took anyone that wanted to come. But the new land is almost full, so you have to have a useful skill to be selected. I?m a farmer and the rumor is there is no limit on the amount of farmers. I?m hoping that?s true. News is only spread now through HAM radios, and the guardians monitor who is on HAM. If you are caught using a frequency or in possession of a transmitter without a proper license, the punishment is five years in jail. No court date. No questions asked. Jail is lethal. No one survives.

You can?t just claim you have a skill. When the new land was established, the guardians of spent a lot of time visiting people at their homes and on their jobs, doing interviews and taking notes. Lots of notes. If you met whatever their criteria was (only the guardians know the criteria for each skill), you?re given a token the size of a silver dollar.

The token has a radio frequency chip in it with your information. The chips were added after too many people arrived to the New Land with tokens for skills they didn?t have. Gold tokens are for analog skills: farmers, welders, carpenters, engineers, electricians, plumbers, construction workers, heavy machine operators, and iron workers. Silver tokens are for nurses, doctors, dentists, and scientists. Bronze tokens are for domestic skills like sewing, knitting, crocheting (called needle skills), cooking, and cleaning. They stopped taking people with military experience last year. Many of them became guardians. But once all the guardian spots were filled, there wasn?t any more room for military.

No token, no seat on the train. Period. Everyone in the new land has to pull their own weight. You might be asking where the New Land is. No one knows exactly where. The windows on the train are blacked out that way any illegal HAMmers (people that talk on the HAM radios) that haven?t been caught can?t give landmarks to people trying to find their way to the New Land on their own.

The red lights on the train platform begin to blink, which means the train will be here in exactly three minutes. The crowd grows silent. People are standing on their tip toes, their hands on the shoulder of someone next to them, trying to see the train coming around the bend and how many cars it has. There are gasps of dread as it comes into view. It is much shorter than the others which means most of the people on this platform aren?t going to the New Land. I stick my hand in my pocket and rub my coin like it?s some kind of good luck charm. The train is bright silver and sleek and pulls slowly to a stop. The logo for the New Land is on every set of train doors: A dark green circle with capital letters NL inside. Centered under the letters are replicas of the gold, silver, and bronze coins we all have.

After several agonizing minutes, the doors swoosh open. The guardians step out. They are dressed in green uniforms, guns in hand, the New Land logo embroidered on the upper left sleeve of each uniform. Some people stare at the guardians, others bow their heads their lips muttering silent petitions for seats on the train. There is a small, gray steel booth with a speaker attached to the upper right corner and one square bullet proof window. At the base of the window is a small opening. It looks like an ominous version of a ticket booth at a movie theater.

Three guardians step from the train and face the crowd, guns drawn. Another guardian then steps from the train. In his hand is a small, rectangular envelope which he will hand to the station master. The envelope has our fates sealed inside. The station master opens it and reads what is on the paper to himself, careful to show no reaction on his face. The station master grabs a small microphone and presses a button that makes the speaker crackle to life. The announcer clears his throat. ?Five cars. 150 per car. Farmers, 300. Welders, 100. Heavy machine, 60. Construction, 40. Nurses, 100. Dentists, 5. Needle skills, 35. Cooks, 10. Carpenters 50. Plumbers, 50. This is the last train to the New Land. No more runs will be made.?

People attempted to stifle their sobs. Loud emotional outbursts are not tolerated. The guardians announce which cars are carrying which skill sets. Two armed guardians stand at the doors of each car, guns drawn. Another guardian stands just inside the train with a clipboard. He ticks off each time a skill enters the train. Once a skill reaches its quota, anyone else with that same skill is turned away. The crowd begins shuffling quietly to the respective cars, coins in hand. No one has tried to rush the doors since the incident. We don?t talk about it, but I will tell you that 200 people were gunned down by the guards.

Two cars down I hear a man begging one of the guards. ?Please, my wife is pregnant, you can make room for one more welder. I?m begging you.? The guardian jabs his gun into the man?s chest, ?I said step BACK.?

?But I need my husband,? the woman says.

?Stay here with him and give your slot to someone else or get on the train,? the guard says with no emotion. The woman looks at her husband and then at the train. ?Coming or staying,? the guard with the clipboard says with a curt tone. The woman steps off the train and into her husband?s arms. They walk away together, him trying to stifle her sobs so they won?t be shot.

I make my way to the last two train cars where they are taking all the farmers. I see the long lines and my heart sinks into my stomach. I don?t even begin counting because something tells me there are way more than 300 farmers. I knew that rumor about unlimited seats for farmers was bullshit. I take my place in line. My mind drifts back to the days before the soil contamination crisis, when life was normal.

As a farmer, I knew something was going to happen. I paid attention to crop reports and heard stories of other farmers having problems. But I kept hoping they were isolated incidents. But each year more and more farmers had failed crops. Then, almost overnight it seemed, everyone?s crops were dead or dying. Some type of fungus they called Valley Fever, which at one point only affected humans, mutated and started killing crops. I was jarred from my thoughts by a tap on my shoulder. ?Coin,? the guard said. ?Oh,? I said as I fumbled in my pocket for it and pulled it out. He inserted the coin into a rectangular device in his hand. He stared at the screen then up at me. ?Name, please.?

He pressed a button on the device that popped my coin back out. He gave it to me. ?Number 298. Give your coin to the guardian when you get on the train.? I let out a breath I didn?t know I was holding. But my relief was guilt-ridden and short-lived as I heard the guard?s announcement: ?No more farmers. All farmers step away from the loading lanes.?

I turned to look at the crowd and saw a man fall to his knees and cover his face with his hands. The guard pulled him to his feet, but he fell back down again, sobbing. When they pulled him up again I recognized his face. ?Zeke?? He didn?t hear me. ?Zeke Maddox,? I said firmly to catch his attention. He looked up at me. ?Aurora. Did you make it,? he said through his tears. I bit my lip as I fought back tears of my own and nodded.

Zeke had to let his wife and daughter go on one of the trains without him. He?d hurt his back in a farming accident and his token was revoked. He?d recovered, just barely, but it was enough to reinstate his farmer?s token. ?Please, Aurora, find my family. Tell them I love them. Tell them what happened. Tell them I tried.? Another guard came from the crowd and began pushing me forward while the other guard forced Zeke away from the loading lane by gun point. ?Tell them, Aurora, I?m counting on you,? he yelled.

?Quiet,? the guard snapped and shoved Zeke. I couldn?t bear it. I looked at the guard standing next to me. ?I want to give him my slot.? People around me gasped. ?This is the last train,? he said.

?You?re signing your own death certificate,? a woman next to me hissed.

?I don?t care,? I looked at the guard, ?Please. I?m begging you. Go and get him and give him my slot.? The guard looked at me and shook his head. He reached for the radio on shoulder and alerted the other guard. I watched in the crowd as the other guard turned around and looked in our direction. He said something to Zeke and they made their way through the crowd to me.

?Aurora. No. You?ve lost so much already.?

?And I have no one waiting for me there. Go.? He knelt down and kissed my hand. I wiped the tears from his face and watched him get on the train, hoping he will be able to find his family when he gets there.

6 thoughts on “Last Train to the New Land”