What Child Is This?

[For the second year in a row, I have participated in a short story challenge.  This is the final story I will be submitting later this week.  I wanted to share it with you.]

“Joseph, stop the donkey, I have to pee again.”

Joseph stopped walking and helped Mary down. She stepped into a small wooded area to take care of business and he did the same. She returned after a few moments. Joseph went to help her back on the donkey. “That won’t be necessary,” she said, “he needs the break just as much as I do.”

“Mary, honey, you can’t walk that far in your condition.”

“How much farther is it?”

“Another day or two,” he said.

“Let’s find shelter for the night. Maybe someone will be kind enough to feed us,” he said. Mary rubbed her growling, empty belly. “Please don’t talk about food.” They walked again. Joseph noticed the distant look in Mary’s eyes. “I’d love to know what you’re thinking about,” he said.

“How hard this must all be for you. I know what it must look like and I–”

“Mary, don’t. I love you, okay?” Mary gave a half nod and found a downed log to sit on. She stretched her legs out in front of her and flexed her feet back and forth. “Damned census takers,” he muttered as he knelt to rub her swollen ankles. “Joseph watch your language,” she said.

“I’m sorry but it makes little sense for us to have to go all the way back to Bethlehem for this census. Walking all these mountains and valleys in your condition and the way they treated us in Samaria was nothing short of cruel. We’re down to our last bit of money, too.”

“Well, let’s hope we don’t run into any more of those tax collectors,” she said as she looked down at him rubbing her feet.

“I think you should get back on the donkey. Your feet can’t handle the terrain.” Mary put her hands on her lower back and yawned. “Let’s rest for a moment, Joe. I’m tired.” Joseph looked up at the sky. He knew dusk would be upon them soon. “Just a few minutes, then we need to get moving,” he said. Mary nodded, grateful for the brief relief in their journey. “What should we name the baby,” she said rubbing her belly. Mary saw his shoulders tense at the question and put her hand on his shoulder. “Joe, you don’t have to stay with me,” she said, “I’ll be fine by myself.”

“You know the penalties for laying with a man when you’re betrothed to another. They’ll stone you to death.”

“But you know I haven’t been with anyone else.” Joseph let go of her foot and got up to walk away. Mary’s large belly didn’t allow her to get up from the log without his help. “Joseph? You believe me, don’t you?” The quiet between them spoke volumes. The donkey brayed. Joseph put a hand on the donkey’s head to quiet him. “It doesn’t matter what I believe. I know what will come of you if I leave. My feelings aside, I won’t let that happen.”

“We better get moving,” he said after another long silence.

They traveled the next two days in silence. Sparse lodgings and no food made had them at each other’s throats by the time they got to Bethlehem. Their ragged looks made people leery, and no one gave them shelter. They finally came upon an elderly farmer who also cast a suspicious eye upon them, but given Mary’s condition he offered them his stable. They were both so exhausted they fell asleep on the pile of hay Joseph had fashioned into a pallet for them to rest on.

Around midnight a sharp pain in Mary’s lower back jolted her awake. She let out a low moan, sat up on the hay and rubbed her back. She looked over at Joseph, who slept peacefully. The next pain felt like a punch to her lower back and forced a yell so loud she was sure she woke the whole town of Bethlehem. Joseph jumped up. “Mary? What’s wrong? Is it coming?” She tried to talk but could only get out a nod. He placed a hand on her stomach and felt it tighten with a contraction. “But you haven’t picked out a name,” he said. In an instant, a bright light appeared at their side.

An angel appeared within the light. Joseph’s jaw dropped as the angel spoke: “You shall call his name Jesus, for he will save his people from their sins.” The light disappeared just as quickly as it came. “Was that…was…that,” Joseph couldn’t finish his sentence. Mary nodded and let out another primal moan. Tears fell down Joseph’s cheeks as he realized what Mary had told him was true. “I’m sorry I didn’t–” another primal cry interrupted his confession. Mary grabbed his hand and squeezed. Joseph’s eyes widened with amazement at the strength in her hand.

The elderly farmer came to the stable. “What’s all the noise about,” he said annoyed. Mary let out another scream and Joseph screamed with her because his hand felt like it was caught in a vice. “Baby!” was all he told him. The old farmer left the stable as if he didn’t care about their plight. “Ahhh, it hurts,” she screamed, “I need to push.”

“Then push,” he yelled. He knelt down in front of her. She let go of his hand, for which he was very thankful, grabbed his forearms and braced her feet on his chest. She took a deep breath in and bared down as she screamed. Joseph gritted his teeth and let out a supportive growl. The old farmer reappeared with some rags just as Mary pushed the baby out onto the hay. Joseph took the rags from the old farmer, wrapped the baby in them and looked into his eyes. “Hello, Jesus,” he said. Mary fell back into the hay exhausted.

The old man noticed the stable was enveloped in light, but it was the wee hours of the morning and should have been dark. The old man stepped out of the stable to look up at the sky. There he saw a radiant massive white orb with a long white tail that seemed to point like an arrow down to the stable. The light that radiated from the orb made the old man shield his eyes with the back of his hand. He hurried back to the couple and their newborn child. “Forgive me for my cruelty to you. Please, let us bring the woman and child into my home.”

Joseph looked at the old farmer, then back at Mary and smiled. “We’re fine here for now,” Joseph said.

“Then at least let me feed you,” the old man said.

“Why the change of heart,” Joseph asked. The old man motioned for Joseph to follow him back out from under the stable. Joseph turned and noticed the massive white orb. “What child is this who rests upon her lap,” the old man said. Joseph looked back in at Mary. “What child, indeed,” he said. 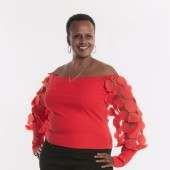 A Walk in the Woods

One for the Money

Oh Give Me a Rome